The Japanese yen weakens as quantitative tightening remains a remote prospect. As its currency sank to a 32-year low, the Bank of Japan’s ultra-loose monetary policy has become increasingly at odds with the finance ministry’s view. The central bank may still deem it premature to shift away from the status quo given heightened global uncertainties. The latter, however, concerned by the yen’s unidirectional slide and its negative impacts on corporations, may choose to intervene in the market again, popping up short-term market moves. The greenback is heading towards 155.00 with 144.00 as the closest support. 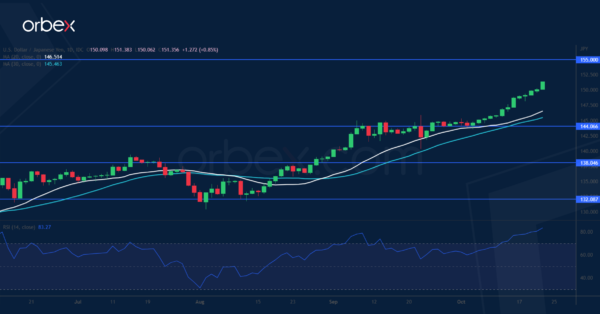 The euro remains under pressure as the ECB is expected to raise rates by 75bp. The energy price pressure in the euro zone has been a significant headache for policymakers. With inflation reaching five times the ECB’s target last month, the central bank may have little choice but to go down the path of rapid rate increases. However, unlike other major peers, the ECB will need to keep bond spreads in check or risk another debt crisis in peripheral countries. Needless to say, such a rock and hard place situation makes the euro hardly an attractive asset to hold onto. 0.9540 is a fresh support and parity (1.0000) is a psychological hurdle. 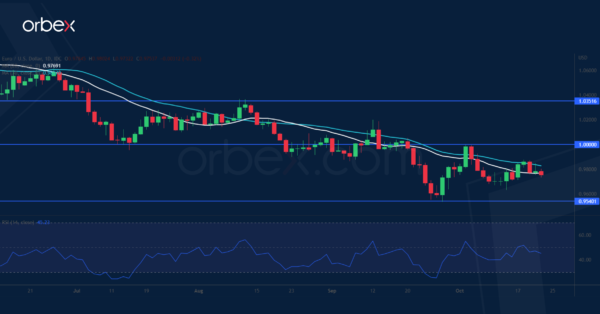 USD/CAD steadies ahead of BoC hike

The Canadian dollar struggles as the risk appetite ebbs and flows. Consumer price pressures in Canada remain high and above forecasts despite a slight deceleration in September, which would call for another large-sized rate hike by the BoC this week. A 50-basis point hike would be the bare minimum while markets are leaning towards a 75bp move. Still the central bank’s hawkish stance might not be enough to shift overall sentiment. A recovery in oil prices temporarily offers the commodity-linked currency a little edge against the greenback. 1.3500 is the first support and 1.4300 could be the next target. 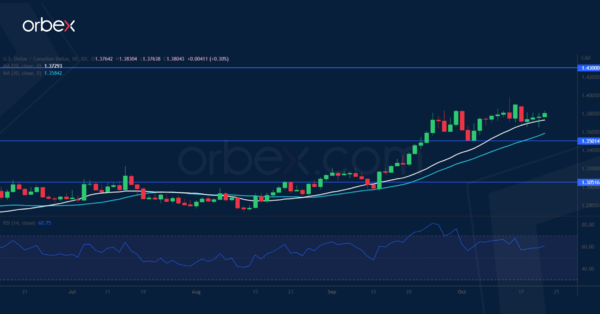 The S&P 500 slides as investors refrain from adding risk. Upbeat quarterly earnings offer stocks limited support as bearish sentiment continues to drive the price action. Hawkish comments from Fed officials mirror strong US job data and high inflation, reinforcing expectations the central bank will not divert from its aggressive path. With cash offering historic risk-free returns these days, most investors would like to see signs inflation is slowing down before jumping in with both feet. Until then, sporadic rallies would only feed the bears. The index may tank to a two-year low at 3280 with 3800 as the immediate resistance. 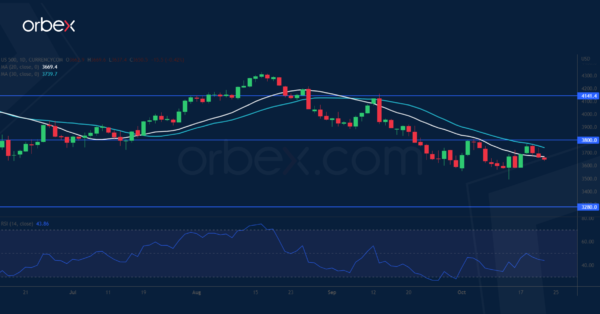 The Global Currency Counting Machine Market is expected to grow by $625.77 mn

Key insights from the week that was. The past week has seen a flurry of central bank communications as...

US stocks fell on Friday, after the latest data showed that Americans got more jobs in November, and more...

August RBNZ Preview and What Next for the NZDUSD